Road Rules: When to stop, and not stop, for a school bus

Courtesy to The Bellingham Herald

Question: Am I required to stop for a school bus that has its red lights on to let some children off if there are two lanes in both directions and I’m going the opposite direction?

Answer: There are at least three good reasons to know when it’s OK to pass a school bus and when to stop.

The first, and most obvious, reason is that we want kids to be safe. Young kids don’t always understand the consequences of their actions around traffic, so we have a responsibility to be extra cautious when they’re near the road.

The second reason is that illegally passing a school bus is expensive. The state Supreme Court has set the base penalty at $419. And unlike some other traffic infractions, an appeal to a compassionate judge won’t lower the fine. It’s written into the law that the fine cannot be reduced.

Reason three: Other drivers will think you’re a jerk if you pass a school bus when you’re not supposed to pass. Most of us have specific traffic violations that, when we see them, we really find obnoxious, and for many people, passing school buses illegally sits near the top of that list.

When a school bus has the stop sign out and the red lights flashing, drivers are required to stop:

▪ on two-lane, undivided roads, in both directions.

▪ on roads that are divided to separate the directions of travel, in the direction that the bus is traveling.

▪ on roads with three or more lanes, in the direction the bus is traveling, even if the driver is not in the same lane as the bus.

The reason oncoming traffic does not have to stop on divided and multi-lane roads is because the law prohibits bus drivers from making a stop that requires a child to cross those types of roads.

Just to clarify, see the pictures (see above). 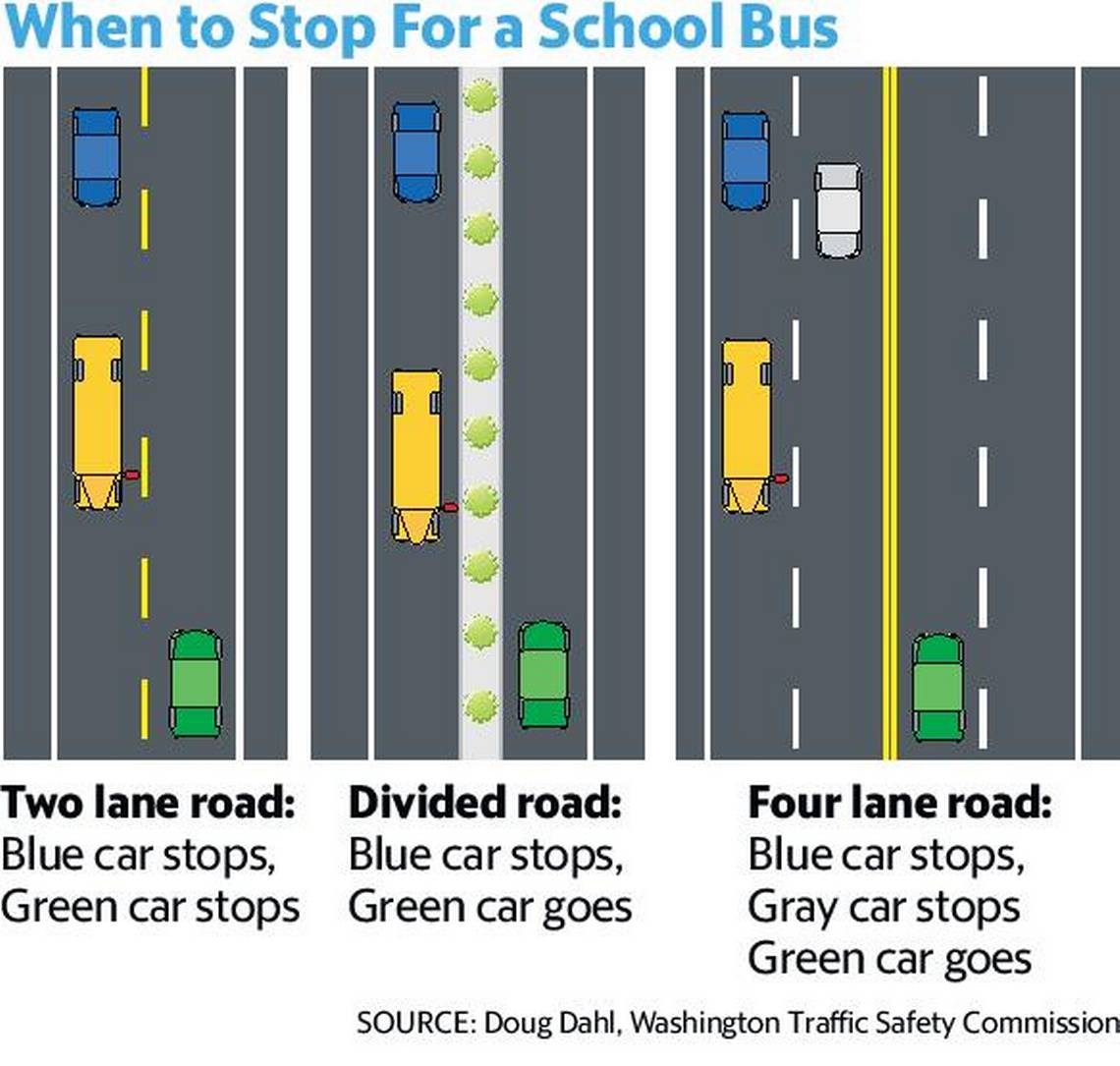